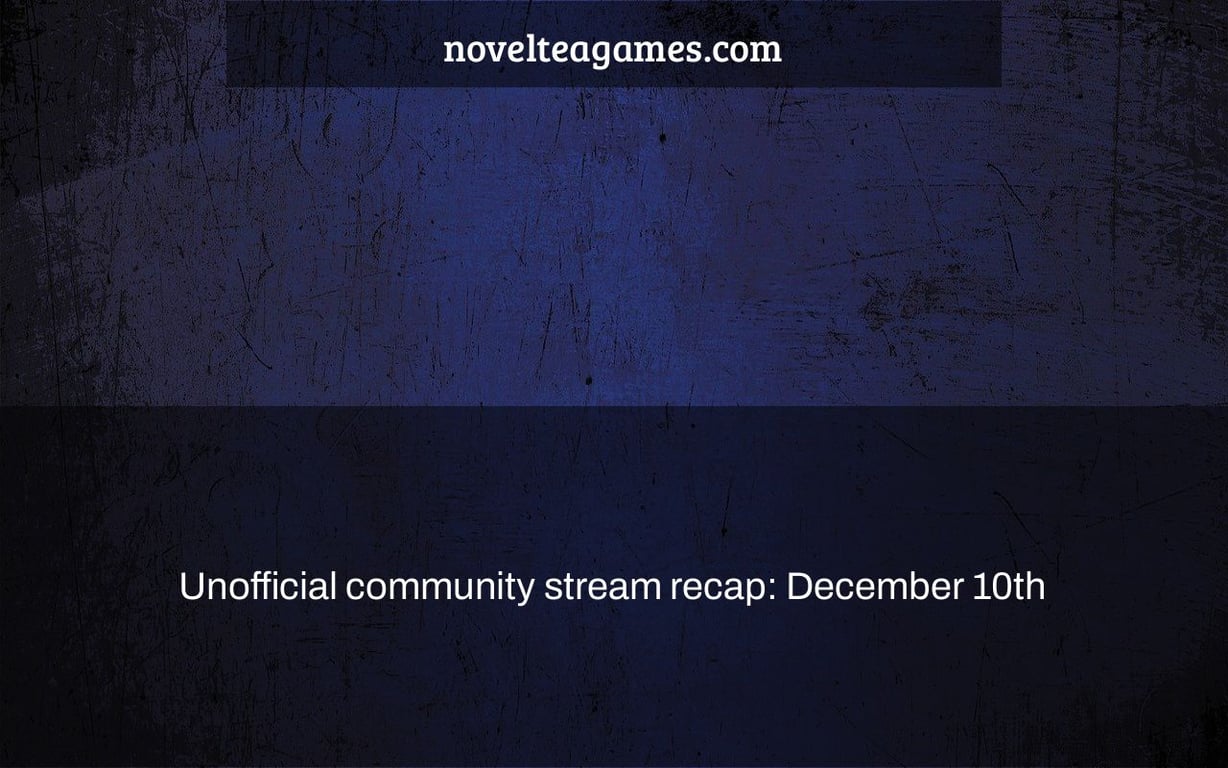 Hey, here’s an unofficial summary of the community broadcast from December 10th.

Note that this is all unofficial since I’m just a jerk who can’t corroborate anything spoken on stream.

News from the previous week: – Earn a challenge for the HMH AMX M4 49

Link to the article So far, almost 1.5k people have finished it. 2.7k is a good guess. – November 30 – December 6 – Tier X Silver Bonus Event Over the weekend, the basic MM class was put to the test. There has been a lot of feedback. In general, everything went nicely. In platons, there were complications with Arty. There are also some bot difficulties. The next test will take place in late January.

This week: – 4 new maps have been added to the game. Rasiniai, Lakeville, Theipval Ridge, Erlenberg The following is a link to an article on the new season: Contracts back: Article link The initial deal was with Chisel. UK TDs Reforge is the link to the article. The number of tanks purchased increased by three or four times. article link – New graphics and whatnot have been added to the article. New Tank is the title of the article. FV4211 has a 55.3 percent victory rate, whereas the RDF LT has a 49 percent win rate.

Upcoming events and news – Next string theory – December 21st – Toy tank mode will be available on December 21st. – Next Reforge – The suggestion was hefty baguettes. (I’m guessing it’s the French lights. :p) – In mid-January, there will be a ranked tournament; in late-January, there will be a class-based MM exam; and in January, Smooth Man will be available as a contract. Hopefully, so will the Machine – The following maps are: Hidden village, Pearl River, Great Wall, and Nohamahan (is that how it’s spelled?). Well, whatever.)

News / Other Topics – RNG is behaving strangely, according to players. We’re working on it now, with a deadline of Tuesday in mind. – This is your last opportunity to get the action hero commanders. The contest will end on December 13th.

QNA: – Several people commented on how pleasant the garage and season were. – What is the status of the Sturmtiger line? – Outside the Bar, everything seems to be in order. – What is the purpose of Santa’s gun? (Santa has a rifle in the background) – well, it may be a teaser – Have you heard anything about the two barrel tanks? – Still focusing on wheeled tanks and “secondary weapon systems,” aka co-ax weapons. The next step is more likely to be a double barrel than a multi turret. – Is there a Christmas tree in the garage this year? – Yes, we do have a vacation garage. However, there is no tree. I did put lights on some of the other items. – What about a low-cost Christmas present? — the next week – In a match, may clan members be marked in various colors? – Sure, we’ll have a look at it. – Speaking about clans, work on items has started. We moved beyond idea and design and into the realm of creation. – Is the challenger going to blow blue smoke? – I don’t believe so. – In January, British TD’s and Lights? — Given the season’s name, that would be a reasonable prediction. – Is there any way to cut down on the amount of AFK players? – We have auto-detection mechanisms in place. We also look at complaints of inactivity as well as replays. We used to assign a certain amount of bans every week. – Could we look at a team HP bar in random battles? – Can we watch the instruction again? – It’s on the 2022 road map – Changeable equipment loadout for pre-battle loading (like on PC) – This would be difficult to implement during map loading. It’s possible that you’ll give it a go during the countdown before the match. – Kill counter in upper right corner for in-game efficiency? – I’ll have a look at it. – Pink Tog skin – improbable – 2d commander customisation? – considering the month of February